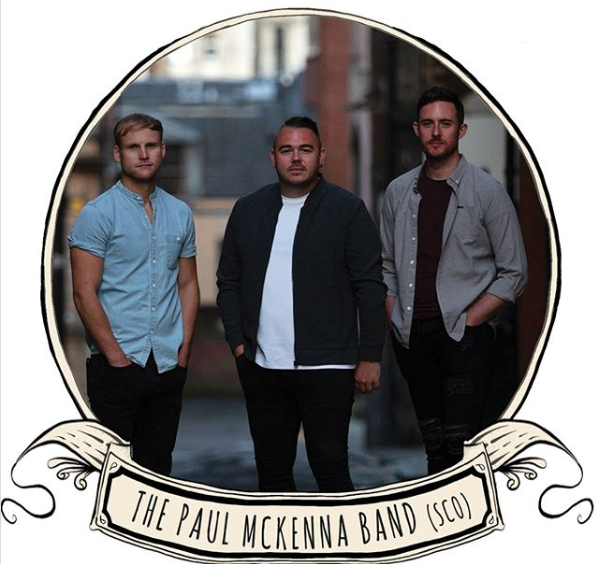 Scotland’s Paul McKenna has long been ranked among our finest younger singersand songwriters, armed with a powerful yet intensely emotive voice and passionate social conscience.

He and his band – comprising Conor Markey (banjo/bouzouki/guitars) and Ewan Baird (percussion) – draw on both Scottish and Irish roots, in a dynamic, full-bodied array of original and traditional material, along with songs by like-minded authors.

The Paul McKenna Band’s newest release Breathe showcases Paul’s developmentas a songwriter and includes two co-writes with acclaimed Canadian songwriterDave Gunning and another with one of Australia’s most respected songwriters, LizStringer. Produced by Mike Vass, this new release expands on the band’s trademarksound with added instrumentation to enhance and focus on the original material.

The best band of their generation
– The Living Tradition

A band with the potential to dominate the Scottish/Irish traditional scene for thenext twenty years.
– Fatea Magazine 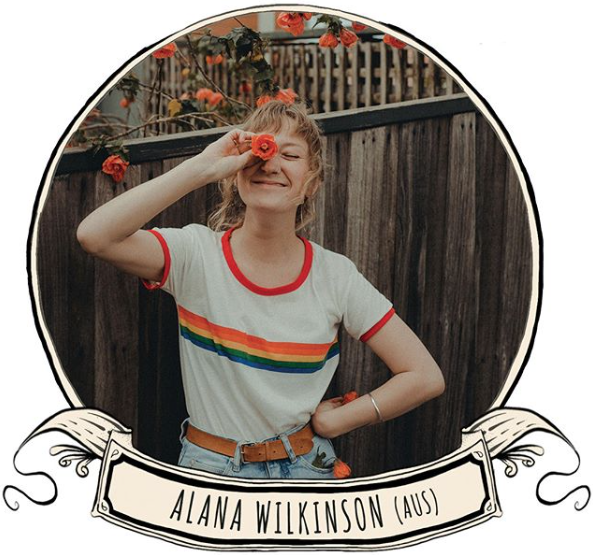 The shining beam of sunlight that is Alana Wilkinson has had a big few months since the release of her debut single Closer in late 2018. Now following up Closer is the release of her second single, Partner In Crime, and if you have not yet fallen in love with Alana Wilkinson, this is the track that’ll send you swooning.
Described as equal parts vulnerable folk singer and vitriolic poet, Surf Coast based, Alana Wilkinson has turned heads recently with stellar performances across majorfestivals such as Blue Mountains, Queenscliff, Woodford and Nannup. She’s alsospread her magic touring with The Porch Sessions and supporting the likes of the Pierce Brothers, Bob Evans, Eddi Reader, Sarah McLeod, Shaun Kirk and the Badloves, amongst many others.

Combining delicate melodies with disarmingly insightful vignettes about the human condition, Wilkinson is a smiling assassin. Her songs skewer ex-lovers, would-be suitors, ridiculous social norms and the absurd challenges of suburban life in a merciless, yetstrangely affectionate way, leaving audiences feeling like they’re sitting in her living room, chatting about life over a steaming cuppa. Alana Wilkinson, in all her sunshiney glory, is one to watch.

Her gentle guitar work, accompanied by soft and beautiful vocals, leaves the audience smiling, reflective and ready to have fun. Alana manages to deliver a paradox – cut-throat lyrics with an infectious smile on her face. Her genuine honesty and enthusiasm throughout her performance is refreshing, as the crowd laugh and sing along with her…

This new track radiates a feeling that can only be described as bittersweet. Partner in Crime is an emotionally gripping single disguised by innocent lyrics that take listeners back to when Alana Wilkinson was younger. Her use of raw acoustic major- key guitar strumming brings a sense of warmth to the surface and compliments her songbird-like vocals incredibly well.

The facilities are for your use 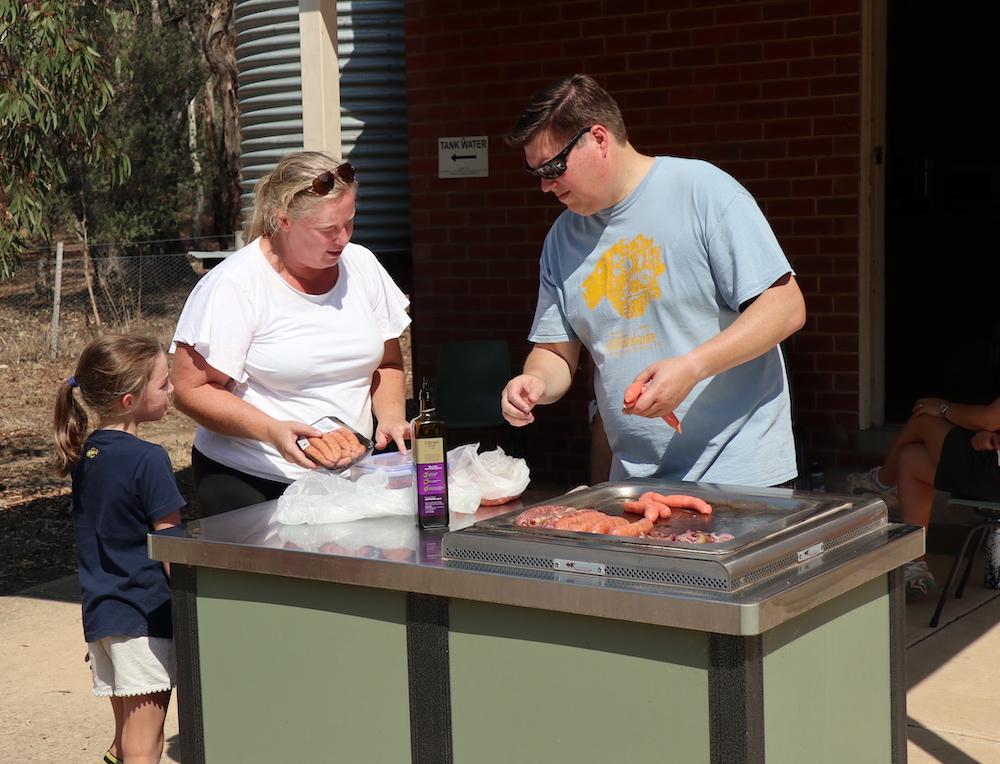 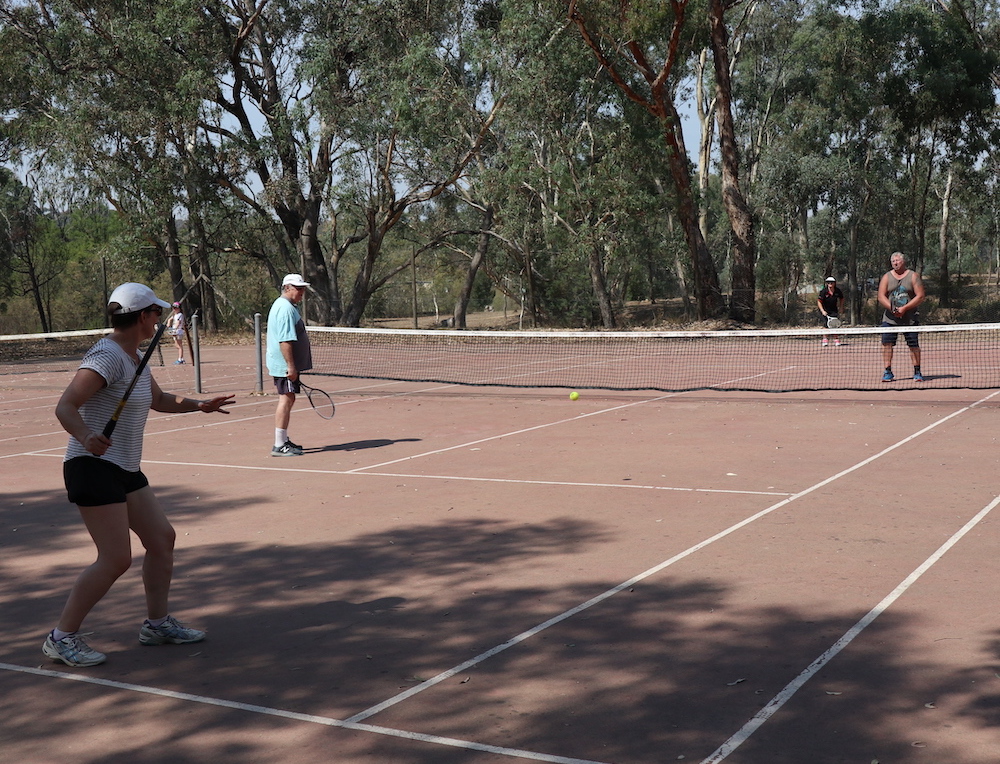 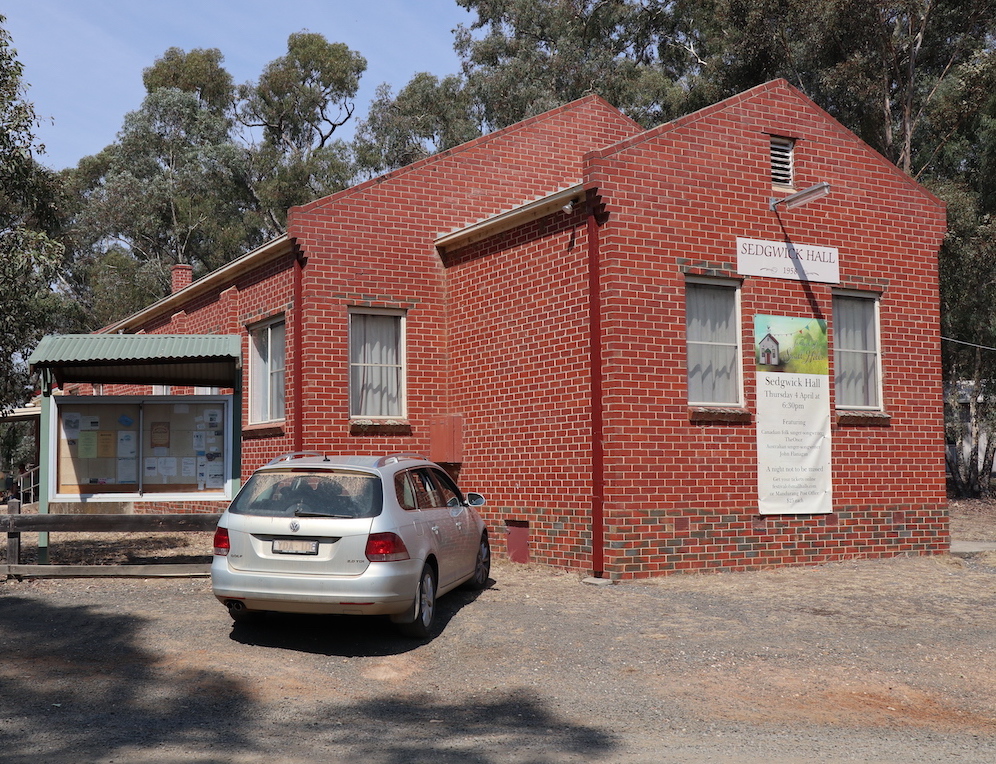 Free use of the tennis courts

The group also runs information sessions and field days for landholders on all topics related to landcare.
Learn more

The hall is ideal for a meeting, a social event or a family gathering. Contact to hire the hall for a function
Learn more

Download the most recent edition of the Sedgwick Connect newsletter

The Sedgwick Hall facilities are proudly supported by